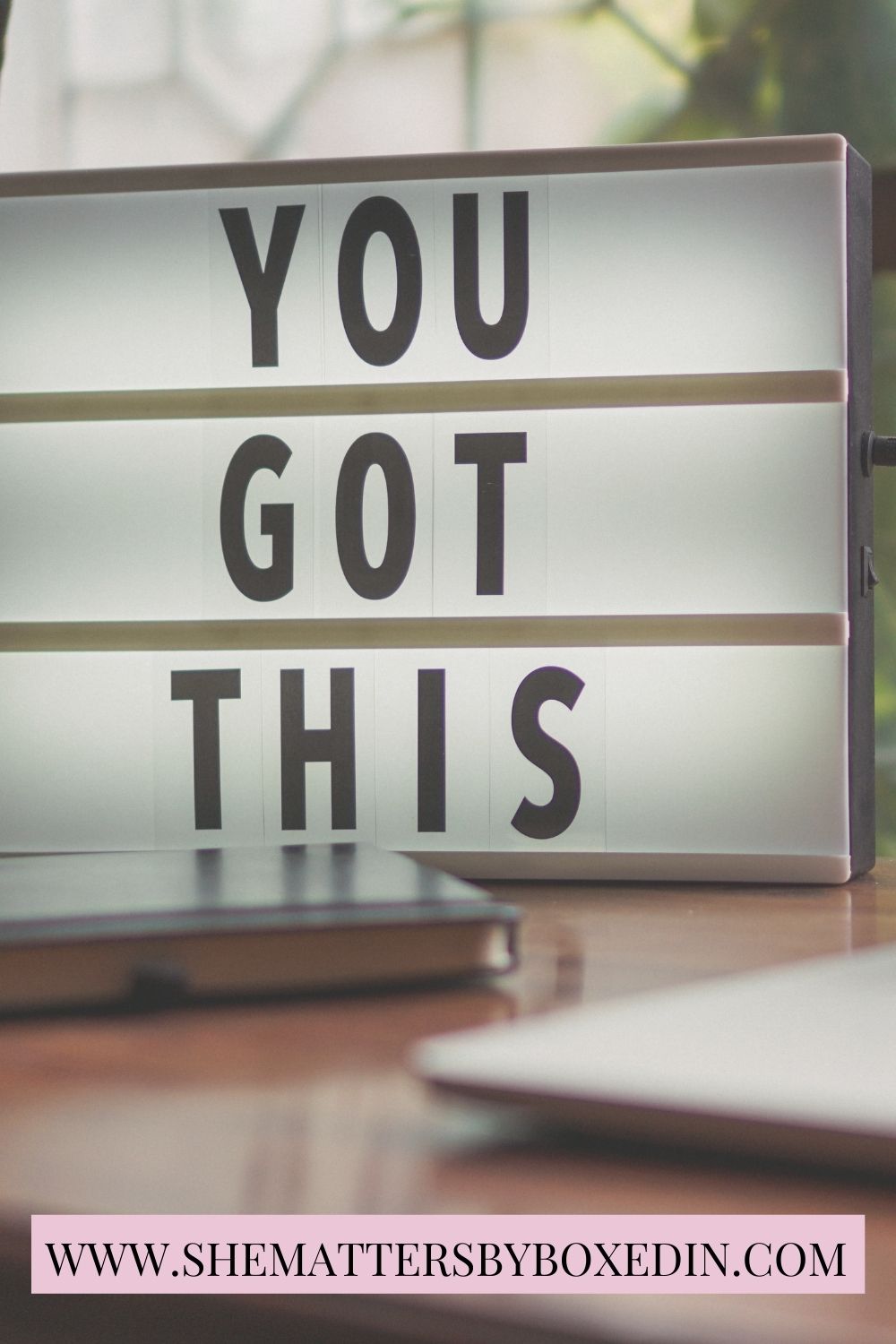 Need Some Motivation? I Got You!

When I first decided to write for this week, I wasn't quite sure what it was I wanted to share with you. As time went on and I was able to think, I realized that I wanted to share some motivation with you. We all get to a point in our lives where things just seem so tough, unbearable. We need someone to remind us of who we are!

Let me start off by saying you are more than capable of completing anything you want to! Have faith in yourself, believe in yourself! We aren't perfect people so we can't do EVERYTHING! But there are things you are great at that just need a little more effort from you!

I recently had a talk with my uncle and let me just say, I'm thankful for him! He's one of those people who see potential in you and actually wants to see you reach your goals! This talk came in perfect timing because I was at a point where I felt like giving up on a project I always wanted to start. He reminded me that the work won't get done if I don't put it in the effort. One thing he said that really stuck was "If you don't do it for yourself, who will?!"

He was completely real and didn't mean any harm in what he said. He was stern and wanted to make sure I really heard what he was telling me. There are other people in my life who want the same for me, and I am appreciative of them! But sometimes you need someone who is going to tell you straight up that you're being lazy, you're not making enough of an effort, or you're acting as if you really don't want it! Although he didn't say those exact words, I knew what he meant.

So here I am today letting you know that we all get to a place in our life, multiple places, where we fall short. We don't put in enough effort, we aren't motivated, and to say the least, we don't care as much as we should. But in those moments, you need people like my uncle to put their foot in your butt and get you up! Take constructive criticism and know they love you!

I hope my story was enough to motivate you to get started TODAY. Not tomorrow, not next week, next month nor next year...TODAY! I recently read something that said "Don't wait until life isn't hard to be happy", and that hit home!